Log in with different email
For more assistance contact customer service
School and Academics
Is My Child Ready for Kindergarten?
Kindergarten: Ready or Not?

Kindergarten: Ready or Not? 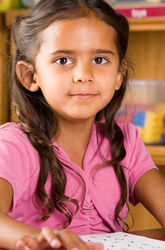 Redshirting isn’t just for college athletes anymore. While once upon a time, kindergarten was full of four and five-year-olds, many classes today see five and six year olds entering the halls on the first day of school.

“Max wasn’t ready,” explains Missy Calhoun of Austin, Texas. “When his sister was entering kindergarten two years earlier, she was so excited and eager to learn. Max wasn’t. He needed another year at home with me before he felt ready to go.”

Parents may choose to “redshirt” or delay their child’s school start one year for a variety of reasons. Some do it to give their child an edge – making them the bigger fish in the pond. Others do it because of a late birthday, smaller size, lack of maturity, or a genuine noninterest in school.

“I definitely think redshirting is appropriate for certain children,” says Carrie Brody, kindergarten teacher in Columbia, Connecticut. “So many parents like to push their child forward into kindergarten, when holding him out a year would give him such an advantage and make such a difference. It can increase his confidence, making him much more successful in the future.”

Whatever the reason, schools are seeing more and more parents holding their child back from kindergarten enrollment. And parents everywhere can feel unsure on whether or not it’s the right choice for their child. If you’re on the fence about what to do this fall, consider this list of questions we’ve compiled to help you decide if your child is ready.

Is he ready to learn? Most parents seem very concerned about what their child knows and does not know. There’s a pressure to walk in the door to kindergarten with a certain level of knowledge about letters and numbers. But teachers aren’t expecting your child to read. The following are all good signs that your child is ready to learn:

“Redshirting should be a collaboration between the teacher and parent to make the best decision for the child based on his/her academics, maturity, development, and school readiness,” urges Brody.

If you’re wondering whether or not your child is ready, ask for an assessment from a kindergarten teacher in your school. Make sure to ask the teacher not only if she’s ready, but also where she would stack up when compared to her peers. Weigh the pros and cons for starting or delaying. And think about your child. No one knows her better than you.

For more on the subject read:

Redshirting: What's It All About?

Next Article: What is "Developmental Age" Exactly?
We enable strictly necessary cookies to give you the best possible experience on Education.com.Cookie policy