Why You Should Let Your Teen Go to School Late 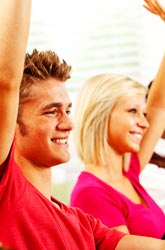 For teenagers, going back to school is generally met with the same anticipation as acne on prom night. However, maybe all that loathing and misery isn’t entirely about the “terrible teens,” but more about chronic sleep deprivation. Results from a recent study suggest that later start times at school could fix more than the usual bad attitude—they could make teens more productive, less tired, and even better drivers.

So now teens aren’t the only ones getting grouchy about those early classes. Behavior that used to be merely an aggravation to parents and teachers, has suddenly become the topic of heated debate between sleep specialists, psychologists, administrators, and even bus drivers.

Would you believe that all this fuss is over the difference between 8:00 and 8:30 AM? That little half hour doesn’t seem like much, but it has cost more than a few school administrators their job. Which begs the question, why bother? According to Dr. Judith Owens, lead author of the groundbreaking study that appeared in the July issue of the Archives of Pediatrics & Adolescent Medicine—there’s a lot at stake. "Virtually everything we looked at—ranging from the amount of sleep to self-reported sleepiness during the day, to mood and depression symptoms, to interest and motivation to participate in academic and athletic activities—moved significantly in a positive direction." Okay then. Point made. Case closed. Well…not exactly. Critics are quick to point out problems with the population sample and control group—or lack of one.

That said, the evidence for changing start times is compelling. Sleep scientists have long known that teens are programmed to go to bed later. “In adolescence, there is a circadian delay…of one hour, to two hours. It’s natural, it’s predictable, and it happens in most individuals," states Dr. Alon Avidan, Associate Director of the Sleep Disorders Center at UCLA. Most sleep medicine specialists would agree with Avidan that creating “school schedules that are adaptable with later start times…builds a biological parallel to teens’ natural circadian rhythm,” and ignoring this biology with rigid school schedules that leave teens sleep deprived means “missing hours, which translate to days, which translate to years of lost productivity and lost education.” Gulp.

Although so much lost potential is daunting, the results of the Rhode Island study go deeper than just productivity. Kids were happier. It’s sort of like all this mythology about the angry, slacker teen could just be a side-effect of fatigue. The possibility of raising teens not plagued by depression and irritability is enough to put many parents enthusiastically on the side of later start times. And now there’s yet another study suggesting that later start times could make your kids safer. In a study conducted by Robert Vorona, a sleep doctor at Eastern Virginia Medical School in Norfolk, Virginia, he found that early high school start times may make teens more likely to get in car accidents—40% more likely to be exact. Of course Vorona is quick to point out that the study only proves an association between early start times and car crashes. But the interesting part of this is that Vorona’s study isn’t the only one that’s showed higher teen crash rates in counties where schools have early start times. For most parents, even a whiff of lowering their child’s risk of harm in a car crash is enough to put them in a full court press on school administrators.

However, some experts aren’t convinced. For one, there is the exclusivity of the sample group who were subject to a mandatory lights out—a far cry from the average teen in the average home filled with nighttime activity, texting, computer chats, and TV. But even for kids from less advantaged backgrounds, experts are intrigued. Dr. Michael Ohlde, a clinical psychologist in San Bernardino working with disadvantaged children struggling with anger issues, depression, and impulse-control disorders, points out that his clients “are already being home schooled or attending alternative schools. In both settings, the children are more successful, and both are associated with later start times. While there are confounding factors in both environments, the impact of later start times should not be understated.” However, the lack of a control group leaves many questions unanswered—a problem not lost on Dr. Avidan, but one that only begs for more research. “The lack of a control group is a negative point perhaps, but it shouldn’t preclude the results being used as a basis for further studies.”Still, for most parents of teenagers there is one fact that may stand out as the most suspect. In the study, a later start time didn’t result in a later end time, but a shorter school day…and it would be a rare teen indeed who would report depression and dissatisfaction with a shorter school day.

Despite its problems, the study is not the only one of its kind, and the trend in all of the research points toward the positive outcome of later start times for teens. As Dr. Avidan points out, “There is chemistry behind this. There is physiology behind this. And I think rather than adhering to a “one-model-fits-all” school schedule for all grades one through 12, with no particular attention to the circadian variations as [kids] mature and go through puberty—is wrong.” Most parents are intrigued by the possibility of just one area of improvement. But the idea of having healthier, happier, safer kids just from adding a little extra time in the morning, that’s a big deal. At the end of the day, it would seem that changing when we start is worth whatever big hassles that little half hour might cause.

Next Article: Kindergarten Reading: What Happens from January to April?
We enable strictly necessary cookies to give you the best possible experience on Education.com.Cookie policy