Log in with different email
For more assistance contact customer service
Parenting and Families
Parenting
Is Lying to Get Your Child Ahead a Crime?

Is Lying to Get Your Child Ahead a Crime? 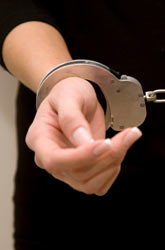 In some ways, she’s no different from any American mom—working on a shoestring budget to make ends meet, going back to school for her degree, doing the best for her kids. What set Kelley Williams-Bolar apart? Doing what she saw as the best for her kids landed her a stint in jail.

Some are calling it the “Rosa Parks moment for education”: the single mother of two, concerned with violence in her subsidized housing neighborhood, fabricated residency documents in order to send her children to what she saw as a better—and safer—suburban district. Her daughters attended Copley-Fairlawn School District in Summit County, Ohio, for two years before transferring to another district; several months and a private investigation later, Williams-Bolar was indicted upon her failure to pay over $30,000 in back tuition and ultimately convicted on two felony counts. Williams-Bolar has since served a 10-day jail sentence and now faces probation and community service. And more than Williams-Bolar’s good name is at stake here—as a teacher’s assistant only twelve credits shy of her teaching degree, her career is now jeopardized by the felony charges on her record.

The case has spurred public outrage on both sides, casting Williams-Bolar in the light of both offender and victim. Supporters claim Williams-Bolar is unjustly being made an example, citing her race and economic background as significant factors, but critics applaud her arrest as a necessary crackdown on those who game the system and defraud taxpayers.

To those who saw Williams-Bolar’s conviction as extreme, her judge argues that tough times justify tough measures: in an unstable economy, a forceful check on parents wrongfully enrolling their kids out of district is needed. And to claims that the district had singled out Williams-Bolar, Copley-Fairlawn Superintendent Brian Poe has cited over forty additional residency disputes within the district—all of which were resolved by families establishing legal residency, paying back tuition (an amount set not by the district, Poe points out, but by the state), or withdrawing from the school. The difference with Williams-Bolar’s case, Poe asserts, is that Williams-Bolar continued to disregard district efforts to resolve the issue. Williams-Bolar’s misrepresentation is made more inexcusable in the eyes of many because of the money attached to it. To them, the victims here are the tax payers and the two school districts involved. “You are not entitled to steal just because you want a better life for your children,” summed up Akron Beacon Journal columnist Bob Dyer in a recent piece. “Period.”

With headlines like “Don’t Jail Moms—Fix Schools, Change Laws” and “Ohio stomps on American Dream of education,” some view the real crime here as school funding inequalities that drove Williams-Bolar to commit a felony in the first place. The racial and economic overtones of the case have made it an especially hot button issue. Syracuse University’s Dr. Boyce Watkins, in a recent News One editorial, identified Williams-Bolar’s case as “a microcosm of three forms of inequality that affect all of us: [e]conomic inequality, educational inequality and inequality in the criminal justice system.” Petitions for her exoneration circle daily online. One petition on Change.org reads in part, “She has been handed what equates to a life sentence for attempting to protect her children. In a time of overwhelming economic disadvantage for so many US citizens, are loving single mothers like Williams-Bolar truly the enemy our court system should be making examples of in this way?”

Another look at reform

Williams-Bolar, regardless of how public sentiment casts her, is quickly becoming a new poster child for education reform. Officials in Williams-Bolar’s own backyard see the case as a catalyst to much-needed change. In a recent statement, Ward 4 Akron councilman Russel Neal Jr. said, “This case has given us an opportunity to look at the circumstances that made a member of my ward feel that she could not send her children to a school that is right around the corner.” Whatever the outcome, the ramifications of this complex situation will be felt long after the last gavel has sounded.