Log in with different email
For more assistance contact customer service
Physical Health
Recipes and Nutrition
Can Childhood Asthma Be Managed with Diet?

Can Childhood Asthma Be Managed with Diet? 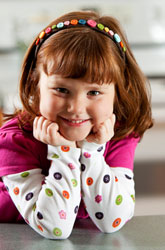 Does someone in your family have asthma? If so, he or she isn't alone. According to the American Academy of Allergy and Asthma & Immunology, an estimated 300 million people suffer from asthma worldwide, and of that, roughly 34.1 million Americans are diagnosed with asthma at some point during their lifetime.

In fact, asthma is the most common pediatric disease in the U.S. and the leading cause of school absences due to chronic illness among children ages 5 to 17. More boys than girls tend to have asthma, and there's a genetic component to developing it. If one parent has asthma, chances are 1 in 3 that a child will have asthma, too. And if both parents have asthma, then it is much more likely, 7 in 10, that the child will have asthma.

While there is no cure for asthma, there are a number of things that parents can do to help their children manage it and minimize its effect on their day-to-day lives. According to Paul V. Williams, MD, at the Northwest Allergy and Asthma Center in Mount Vernon, Washington and AAAAI Fellow, it's key for families to ensure that medications are taken as prescribed as well as see to an allergen-free diet in cases of allergic asthma - as many as 70% of asthma sufferers also have allergies.

Increasingly, those beyond the Western medical community are recommending alternative, natural remedies, including garlic, honey, ginger, basil-tea, figs and fenugreek seeds. When asked about the effectiveness of homemade concoctions in preventing or treating asthma, Dr. Williams says, “Studies show that, with the exception of asthma being triggered by a food allergy, there is no literature to date that proves a direct effect on asthma in children or its severity based upon diet.”

1. Omega 3 fatty acids. Considered to be essential for brain function and normal growth, omega 3 fatty acids are in  foods such as salmon, tuna, walnuts, and flax seeds. The American Heart Association suggests eating fish twice a week because the omega 3 fatty acids may help reduce the risk of heart disease. Research also indicates that omega 3 fatty acids can reduce inflammation and may help lower the risk of cancer and arthritis. As far as asthma is concerned, some studies indicate that neonatal immune systems or cells have some reduction in wheezing during the first year of life. Those studies have limitations, Dr. Williams points out, because they typically focus on supplementation of omega 3’s in maternal diets and not later in the child’s life. And, there have been inconsistent results across studies, with some results showing no benefit of omega 3 fatty acids. Moreover, the instance of less wheezing may be due to fewer respiratory tract infections during the child’s first year of life. In any case, a diet rich in omega 3 fatty acids is beneficial whether your child is asthmatic or not.

2. Vitamin D. Research shows that the severity of asthma and frequency of asthma attacks are greater in patients who have low levels of vitamin D. One such study conducted earlier this year, led by Dr. E. Rand Sutherland of the pulmonary and critical care medicine at National Jewish Health in Denver, found that asthmatics with high levels of vitamin D had better lung function and responded better to treatment than those with low vitamin D levels. In addition, the asthmatics who weighed the most had the lowest levels of vitamin D; asthma is associated with obesity and a lack of vitamin D may be a factor that links the two. Asthma or not, Dr. Williams notes, many people don’t get enough vitamin D in their diets, even with fortified products and could benefit from supplements (1). So especially for those who are prone to asthma and allergies, it certainly couldn’t hurt to boost their intake of vitamin D by taking supplements and eating foods such as salmon, shrimp, sardines, egg yolks and cow’s milk.

3. Antioxidants. Studies suggest that antioxidants may protect against the development of allergies and asthma (2). These protective molecules have the important job of trapping or destroying free radicals which are excessively produced by over-reactive immune responses in people with asthma and allergies. Specific nutrient antioxidants are vitamin C, E and beta-carotene, a form of vitamin A. It’s easy to reap their health benefits and consume antioxidant rich foods because they're everywhere in our markets. Fresh fruits and vegetables, nuts and seeds, oat-based grains and dark chocolate are some of the foods youngsters can incorporate into their diet.

For the time being, it appears that traditional anti-inflammatory treatments such as inhaled steroids and bronchodilators should be the primary strategy for asthma management. It's also imperative for allergic asthma sufferers to adhere to an allergen-free lifestyle. Hopefully, scientifically proven natural remedies for the prevention and treatment of asthma are just around the corner.

Here are some recipes packed with these potentially asthma-easing food nutrients that you and your child can make together:

Before making any changes to your diet, please consult your physician.