Log in with different email
For more assistance contact customer service
Outside the Classroom
Mean Moms: Dealing with Parents Who Bully 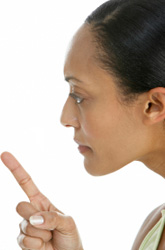 You might think that you'd successfully ditched cliques and bullying after high school, but becoming a parent can plunk you back into a teenage nightmare, full of queen bees, constant gossip and a competitive edge. Instead of growing out of exclusionary, catty behavior, some "mean moms" simply carry these childish tactics on to parenthood. The typical drama mama will constantly compare herself, her kids and her life to others. You've probably seen her presiding over the dance moms, gossiping in the schoolyard or strong-arming the principal into letting her child retake his math test.

Unfortunately, mean moms can often zone in on a target, just like a bully zeros in on a weaker child during recess. Whether you're a friend to a mean mommy or you're a target, you're in a bad position. As a member of a "mom clique," you could be dragged into drama you didn't start. As a target, you can practically feel the breeze off of her cold shoulder, making you feel like the 15-year-old who wasn't invited to the slumber party.

If you're the friend of a mean mom...

If you're the target of a mean mom...

Look, you're not in high school anymore. The trick to getting the better of these overgrown queen bees is to simply refuse to participate. After all, your child learns from example. If he sees you joining in and gossiping about another mom, he'll learn that it's OK to bully. If he sees you being targeted, he might see himself as a victim too. You might not be BFFs with every mom on the block, but you can make nice to set an example. Remember, mean girls are only fun as characters in movies—don't add their antics to your real-life script.