How to Get Media Attention for Your School Fundraiser 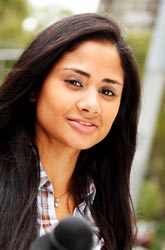 When it comes to school fundraisers, big marketing budgets rarely come into play. But you can use media muscle to get more people to your event… if you know how to get reporters interested.

Bruce Hurwitz, President and CEO of Hurwitz Strategic Staffing, says the first step in getting coverage is to change mental gears: up until now, you’ve been focusing on those who will attend your event, but to get coverage you need to focus on the needs of the editor or producer from whom you want the publicity. “Newspaper editors are looking for fillers, short stories that will fill a space on a page where they don't have an ad to place. Editors want one clear photo, preferably with a pretty girl, and a well-written caption. Producers want something that is entertaining, is beneficial for the audience, and will make good television or radio.”

Shel Horowitz, owner of Frugalmarketing.com, agrees, but says not to forget the fun. Reporters and editors get pitched all day long, so be sure to use word play, controversy, an element of surprise, or a twist on something familiar to get yourself noticed, he says. “My favorite press release headline of the 1,000-plus I’ve written was ‘It’s 10 O’clock—Do You Know Where Your Credit History Is?’ not the dull-as-dishwater ‘Electric Privacy Expert Releases New Book.’

Looking to create some buzz of your own? Here are six essential tips for making it happen:

And if all else fails? Never underestimate the power of baked goods, say several experts. Many a newspaper article or radio spot has occurred because a box of cookies came to the office, in the hands of a passionate person who stated her case quickly and politely.

Next Article: Helping Middle School Students Make the Transition into High School
We enable strictly necessary cookies to give you the best possible experience on Education.com.Cookie policy