No Child Left Behind Act: The Next Generation 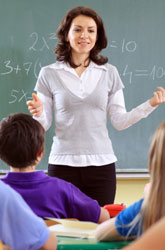 One thing policy makers can agree on: No Child Left Behind (NCLB) needs to change. President Obama is calling for major reforms. The question is, what’s going to be done?

In 2001, President George W. Bush enacted the No Child Left Behind Act of 2001 to reform and revitalize the education system. NCLB enjoyed support from both Democrats and Republicans and was implemented through the nation’s public schools. The main criterion for education reform under NCLB was two-part: setting high standards and establishing measurable goals by which schools (and the states they belonged to) would be assessed for future funding. There is no set national standard for achievement. These new standards would be established by the states autonomously.

In its efforts to measure the performance of each school and the individual achievements, NCLB has met both success and challenges. Some of the most visible results are:

Education experts have long called for reforms to the education system. Among them is Linda Darling-Hammond, Charles E. Ducommun Professor of Education at Stanford University. Her most recent book The Flat World and Education: How America's Commitment to Equity Will Determine Our Future  looks at the course of education in the U.S. and gives readers a view into where it is going and where it should go. She recently served in President Obama's education policy transition team.

Dr. Darling-Hammond’s assessment of the gap between U.S. school students and those from other countries in mathematics and graduating percentage (75% in the U.S. versus 95% elsewhere) puts the focus on some issues:

“Most high-achieving countries not only provide high-quality universal preschool and healthcare for children; they also fund their schools centrally and equally, with additional funds going to the neediest schools. Furthermore, they support a better-prepared teaching force—funding competitive salaries and high-quality teacher education, mentoring and ongoing professional development for all teachers. NCLB's answer to the problem of preparing teachers for the increasingly challenging job they face has been to call for alternative routes that often reduce training for the teachers of the poor.

How does this translate into what the education reform could look like? Some of the reforms planned for No Child Left Behind include these efforts outlined by President Obama:

NCLB expired in 2007 and has not been reauthorized. With the tough requirements of NCLB, some states are looking at gloomy consequences in 2014 if they do not pass the standards set by the law.

Secretary of Education Arne Duncan has acknowledged, “There is no magic bullet for fixing education, and the best ideas will always come from the local level, where hardworking men and women in our schools are doing the hard work every day to educate our children.”

He went on to definitively state that the Department of Education will move forward to help ease the efforts of states as they try to meet the requirements of the law. “With the new school year fast approaching and still no bill to reform NCLB, it’s time to create a process for states to gain flexibility from key provisions of the law, provided that they are willing to embrace education reform.

“We will not be giving states a pass on accountability. There will be a high bar for states seeking flexibility within the law, working off a framework that the states themselves have put together with the Council of Chief State School Officers.”

A Department of Education spokesperson said that Secretary Duncan will push for waivers for states as Congress continues to work on passing a new law rewritten to uphold what worked in NCLB while addressing the areas where it did not.

Next Article: The Purpose of No Child Left Behind
We enable strictly necessary cookies to give you the best possible experience on Education.com.Cookie policy