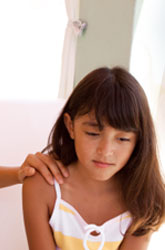 When it comes to disciplining young children, time out is out. Early childhood experts now say that time outs can actually lead to more behavior problems instead of less. Time outs don't teach children the skills for how to control their own behavior and resolve conflicts effectively. It's simply a form a punishment without a learning opportunity. The experts say this is one of the major problems with the old time out method.

“Time-out does not address the root causes of behavior problems and does not teach children useful conflict resolution skills,” says Aletha Solter, Ph.D., director of the Aware Parenting Institute. “Furthermore, children experience time-out as a form of punishment rather than a learning experience. Forced isolation can weaken the parent-child bond and cause children to feel anxious, insecure, and angry. These feelings can lead to more behavior problems later on, so the use of time-out is actually counter-productive. “

So what is a parent to do? How can you help your child manage your child's acting out without the use of time out? Try some of the suggestions below for a more positive method of discipline.

Discipline can be one of the biggest challenges of parenting preschoolers. Remember, your young child is just learning how to appropriately behave in the world. It's your job as a parent to teach him how to control his temper, express his feelings and even apologize when he is wrong. In short, teach him the skills he needs to work through tough situations proactively, rather than simply punishing him blindly for behavior he might not understand.

If you've ever met an adult who didn't learn these lessons in childhood, you know they're not much fun to be around! Although it takes more time and effort, positive discipline will pay off as your child enters the world with skills in resolving conflicts, expressing his feelings and being in control when things don’t go his way. More importantly, you'll be setting the foundation for good social skills and problem solving for his years to come.