Log in with different email
For more assistance contact customer service
School and Academics
Helping Your Child With Social Studies/History
Oceania: Gateway to the Pacific

Oceania: Gateway to the Pacific 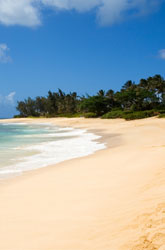 Volcanic islands, tropical beaches, and lush plant and animal life characterize the lands of Oceania, which encompass a multitude of large and small Pacific Island nations from Hawaii to New Zealand. Broadly divided into three regions, Melanesia, Micronesia, and Polynesia, the countries included under the umbrella of Oceania represent an incredible diversity of peoples. Many imports from the region have caught on state-side, from celestial navigation, to surfing and tribal tattoos.

Melanesia consists of the islands to the north of the Australian continent which include Papua New Guinea, the Solomon Islands, Fiji, New Caledonia and Vanuatu. New Guinea is the world’s second largest island. (The western half of the island is comprised of the Indonesian provinces of Papua and West Papua.) New Guinea is the most linguistically diverse area in the world, with over 1000 spoken languages among its 7 million inhabitants.

Papua New Guinea was occupied by Australia during World War II, and became officially independent in 1975. Although it was visited by explorers as early as the sixteenth century, not much was known about the region prior to the nineteenth century, and many undiscovered plants and animal species are believed to exist in the unexplored interior to this day.

Cannibalism and headhunting were notoriously once practiced by native tribespeople in Melanesia, though these practices are now outlawed. The islands are also known for their wood carving and masks, as well as a long tradition of tribal tattoos.

Micronesia consists of thousands of small islands scattered in the western Pacific Ocean, which include Guam, the Federated States of Micronesia, Kiribati, the Marshall Islands, Nauru, the Northern Mariana Islands, Palau, and Wake Island. The history of Micronesia is characterized by early domination from exterior powers: at some point various Micronesian islands have been controlled by Spanish, German, Japanese, Australian, British and American forces. Today, Guam, the Northern Mariana Islands, and Wake Island are considered United States territories. These islands played an important part in World War II’s Pacific battles between Japanese and Allies forces, and in the 1950s various atolls in the region were part of the United States’ “Pacific Proving Grounds” where over 100 nuclear weapons tests took place.

Fun fact: Micronesia is said to have the best scuba diving in the world. In particular, the Yap Islands are known as the home of giant manta rays.

Hawaii, New Zealand, and Easter Island mark the three corners of the “Polynesian Triangle,” which also covers French Polynesia, Samoa, American Samoa, Tonga, the Cook Islands, Wallis and Futuna, Tuvalu, Niue, Tokelau, and the Pitcairn Islands. Polynesians share much of the same culture, language, and history, a result of an ancient tradition of travel between the Polynesian islands, using canoes and celestial navigation (two examples of Polynesian inventions).

Hawaii is the most populous Polynesian island archipelago. Hawaii is a string of volcanic islands in the middle of the Pacific Ocean, composed of the principal islands of Hawaii (“The Big Island”), Oahu, Maui, Kauai, Lanai, Molokai, Kahoolawe and Niihau. Once ruled by warring chiefs, the Hawaiian Islands were united into one kingdom by Kamehameha the Great in the late 1700s, and remained a monarchy until 1893, when American interests overthrew the monarchy and the United States took over the islands.

Hawaiian culture is a rich mix of influences stemming from established Polynesian traditions, as well as the presence of Japanese and Filipino immigrants and American culture. Pineapple, sugarcane and coffee are three major exports of the Islands, and tourism makes up a significant part of the Hawaiian economy: the temperate climate and beautiful beaches and jungles of Hawaii make it a popular tourist destination for those who enjoy world-class hiking, snorkeling, and surfing.

One of the most notable exports of Hawaii is surfing: invented in Polynesia and developed as an art form on the waves of Hawaii, surfing was considered a spiritual practice and was popularized worldwide by Duke Kahanamoku, a celebrated Hawaiian athlete who put on surfing demonstrations in his travels.

Fun fact: President Barack Obama was born in Hawaii and spent much of his youth on the Islands. He is the only U. S. president to hail from Hawaii.