Log in with different email
For more assistance contact customer service
Learning and Your Child
Learning and Emotions
Attention Parents: Your Emotions Are Contagious

Attention Parents: Your Emotions Are Contagious 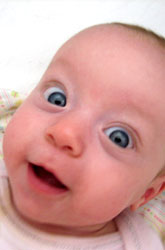 To stay healthy, people will do everything short of quarantining themselves to avoid getting coughed on, sneezed on, or breathed on by the sickly. As a parent, you’re probably well aware of how quickly contagious diseases like the flu can travel through a family—nay, a neighborhood. Teachers notice the same thing when they see student after student calling in sick until the class is but a mere figment of the imagination.

Research has also shown that in the workplace, one negative employee can spoil the bunch. A negative outlook on anything, whether it’s the administration, a client, or a department, can affect the morale of everyone around.

So what does this have to do with families? Believe it or not, the same research that shows how a negative attitude can “catch on” in families just as easily as it does in the office.

How Does It Work?

Jan Comeau, a licensed clinical social worker in Prairie Village, Kansas, explains that this concept is a natural outgrowth of cognitive behavioral therapy. CBT therapists believe that how one acts is always a reaction to what one thinks and believes. Children growing up in a negative family will naturally believe that they are at fault. For example, when a family member screams, a young child has no way of knowing what that’s directed towards. Rather than ascribing it to stressful experience at work or a chemical imbalance in the brain, the child begins to think of himself as the “bad” person, and he will naturally begin to act in the way that he believes he’s perceived.

In some ways, this makes a lot of sense. Think about the last time you were under severe stress, and took on a negative attitude. Did everyone around you seem to behave more negatively? Were you less able to provide constructive help, instead opting for angry retaliation? As a parent, these actions can drastically affect the mood of your child.

What About Positive Emotions?

Fear not, the flip side to these studies is that positive emotions can be “caught” just like negative emotions. While most contagious emotions are usually negative and tend to last longer, we’ve all seen how one person can completely turn around the negative attitude of a group with a bit of optimism and kindness.

Next Article: Temperament and Child Development
We enable strictly necessary cookies to give you the best possible experience on Education.com.Cookie policy