Log in with different email
For more assistance contact customer service
Preschool
Preschool Potty Mouths: What to Do About Bad Words

Preschool Potty Mouths: What to Do About Bad Words 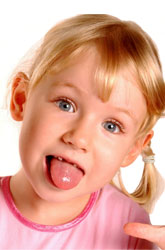 Preschool is a time when children are making great strides in building their vocabularies. They practice language skills by repeating the sounds and words they hear around them, and often are not even aware of the meaning of many of the words and phrases they are using. However, parents can sometimes feel embarrassed, frustrated or angry when "bad words" come out of their young child's mouth.

Repeating bad words (and laughing hysterically about them) is often merely a stage that most preschool and kindergarten children go through. If this behavior is ignored or handled in a casual manner, this stage usually passes within a few months. If an adult makes a big deal about the words that are used, the child will learn that using these words is a fantastic way to get a reaction out of adults, which is a lot of power for a preschool child to have. You can be certain that will use that power as much as he can.

So how can parents react constructively to "bad words"? Simply demanding that a child stop a behavior without teaching her why, no matter what that behavior is, rarely works. In fact, this strategy often backfires, as prohibiting something without explaining why it is prohibited only adds to the allure of the behavior. Therefore, parents have to focus on teaching children how to communicate in a polite and positive manner. Here are some effective ways for dealing with a preschooler who is testing out the use of bad words:

The most important lesson to teach children about language is that sometimes words can be used to hurt others, whether they are considered swear words or they are other words that are used in a mean way. Instead of focusing so heavily on preventing the use of certain words, help your child learn to make good choices about staying away from any words that make others feel bad.

Next Article: Is Your Teen Typical, or Troubled?
We enable strictly necessary cookies to give you the best possible experience on Education.com.Cookie policy