Log in with different email
For more assistance contact customer service
School and Academics
Types of Schools
Private vs. Public: The Great Debate

Private vs. Public: The Great Debate 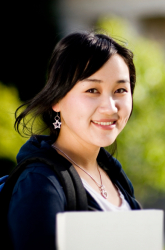 Collect This Article
3.2 based on 195 ratings
by Education.com

Parents have more choices in schools now than ever before. And choosing one for your child can be intimidating. But a new report out from the U.S. Department of Education shows that there's not as big a difference between public and private school performance as many believe – at least when it comes to reading and math.

The study, "Comparing Private Schools and Public Schools Using Hierarchical Linear Modeling," has a whopper of a title. But its intent is easy enough to understand – weigh public and private school performance, after taking into account student attributes such as ethnicity, family income, and English language proficiency, as well as the skill and experience of the teaching staff.

It's an age-old debate. Nobody doubts that private schools tend to outperform public ones on average. The statistics prove it. But public school proponents have been saying for years that tests compare apples to oranges, rather than apples to apples. In other words, they've been saying that if tests compared a similar population of students in both public and private schools, the gap would not exist. This study set out to test that assertion.

Public schools have traditionally educated a wider array of student population – less affluent and more ethnically diverse. With this study, researchers pulled scores from 4th and 8th graders on the 2003 National Assessment of Educational Progress (NAEP) test in math and reading. They compared public and private schools with similar student populations and conditions.

In other words, it's a toss up. The study also compared the performance of students in parochial schools and found that they generally performed similarly to those in other private schools. They did find, though, that for 8th grade math, students in Lutheran schools did significantly better than both public and private school students. Those in conservative Christian schools scored significantly lower than all other groups.

The long and the short of it is: forget the category. Public or private, charter or parochial, what matters most is the individual school. Just don't assume that because a school costs more, it will perform better; or because it costs nothing, it will perform worse.

Next Article: The Status of Computer and Internet Use in Schools
We enable strictly necessary cookies to give you the best possible experience on Education.com.Cookie policy