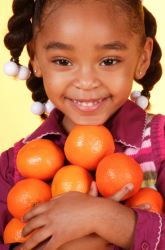 Brainy 10-year-olds with high IQ scores may be more likely to give up meat. At least according to a study by researchers at England's University of Southampton.

The Brits studied 8,170 men and women born in the year 1970. Participants took an IQ test at the ripe old age of 10. And 20 years later, they were asked whether they were vegetarians.

Most were not. But 366 said that they were. And higher IQ at age 10 was associated with an increased likelihood of being vegetarian at age 30.

Next Article: Seven Ways for Young Children to Be Smart
We enable strictly necessary cookies to give you the best possible experience on Education.com.Cookie policy