Log in with different email
For more assistance contact customer service
Learning and Your Child
Speech and Language Development
Social Talk Versus School Talk: Are Some Kids at a Disadvantage?

Social Talk Versus School Talk: Are Some Kids at a Disadvantage? 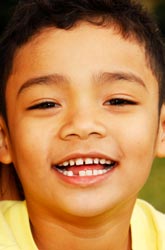 We’ve heard it over and over again: Early language development is a precursor to reading and writing.

And we’ve also heard over and over again that children from economically disadvantaged homes receive less language input from their parents and are therefore less prepared for school than their peers from more financially stable homes. This is simply one of those concepts we commonly accept as truth. Children who come from families with less disposable income have fewer books lying around the home, less reading going on in the evenings, and less time for casual conversation over the dinner table.

But Anne van Kleeck, Ph.D., Professor and Callier Research Scholar in the School of Behavioral and Brain Sciences at UT Dallas, disagrees with the premise that children from low-income families are not spoken to or encouraged to speak as much as their peers. “My own and other people’s research makes me disagree,” she says. “I think they arrive at school with ‘social talk’ language skills every bit as developed as other children—they simply have not been versed in the specific ways language is used in school, what I call ‘school talk.’”

School talk, however, is critically important to school success. And van Kleeck says it behooves both parents and preschool teachers to understand how social talk and school talk differ so that they are sure to foster the school talk register as they prepare children for school.

This excerpt from van Kleeck’s book, Sharing Books and Stories to Promote Language and Literacy, offers a good explanation of the differences between social talk and school talk:

What We Talk About:

Van Kleeck tells of a recent research study she conducted with Head Start children, primarily African American children from very disadvantaged homes, in which their language skills were measured in the retelling of a story. What she found was that these children’s social talk was every bit as developed and complex as the language used in retelling the same story by economically privileged preschool children. “In fact, the African American children’s stories had much more dialogue in them, and hence seemed more interesting,” van Kleeck says. On standardized tests of language skills, however, the same privileged children performed markedly better than their less privileged peers.

Why the discrepancy? Van Kleeck explains that this is because standardized tests tap school talk. “The famous linguist William Labov came to similar conclusions back in the 1960s,” she says. “Other researchers have shown similar disparities between low-income children’s social talk and school talk.” What it boils down to, she says, is that when researchers pay careful attention to the social context in which the language is sampled, their findings indicate that African American children from low-income families display “language skills equal in complexity to the language of their more privileged peers; they sometimes also display a greater quantity of talk.”

Van Kleeck’s concept of social talk versus school talk might also be applied to English language learners, or ELLs. Nonie Lesaux, Ph.D., Associate Professor in Human Development and Urban Education Advancement at Harvard, says some social talk, in any language, simply doesn’t map easily to school talk—especially the language of text. “Daily language is much more conversational than the academic language that children confront in school, which is often more sophisticated and technical in nature,” she says.

Irrespective of socioeconomic status, ELLs are at a disadvantage, Lesaux says, because when they first enter school they need to very quickly learn both conversational and academic English in order to succeed. And academic language can be especially challenging for ELLs from all backgrounds, she says, because of the sophisticated and specialized nature of the language used in text—including the textbooks students need to read to acquire content knowledge.

“This language is much more grammatically complex than conversational language. It’s often figurative or metaphorical in nature, and it features vocabulary words that are specialized, carry multiple meanings, and are only used very rarely in conversation,” Lesaux explains.

Lesaux and van Kleeck both agree that regardless of the “type” of home a child comes from, there are things parents can do to develop their child’s language skills. For parents of ELLs, Lesaux encourages a lot of deliberate talking at home that results in dialogue about the world—making observations, asking questions about feelings, etc. She also suggests daily reading followed by discussing the books in the native language. “Using the native language will be more comfortable to parents and it will be more sophisticated and richer than their English,” she says. “Rich, sophisticated language used as part of a back-and-forth dialogue is needed to build up children’s knowledge, as well as understanding of and proficiency in, a given language.”

Van Kleeck also encourages daily reading and discussion to foster school talk in preschool children. The following step-by-step instruction for parent-child reading and sharing is adapted from an excerpt in Sharing Books and Stories to Promote Language and Literacy.

Keep it fun! Make reading books your child’s favorite activity. Remember, we do things more if we like to do them.

Get your child to talk! Children learn best by doing. And the more they do, the more they learn. One way of getting kids to discuss their reading is to do what teachers do in school--ask them lots of questions. Here are three popular classroom questions you can use at home to get the conversation started:

It is okay to help your child respond to these questions. What is most important is that the conversation doesn't stall, but builds: respond enthusiastically to your child's questions, and add more information to your child’s comments.

Next Article: Elementary School Speech Delays: What to Look for
We enable strictly necessary cookies to give you the best possible experience on Education.com.Cookie policy