Log in with different email
For more assistance contact customer service
School and Academics
Helping Your Child with Spelling
Is Spell Check Creating a Generation of Dummies?

Is Spell Check Creating a Generation of Dummies? 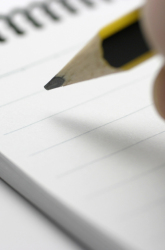 In a world where almost everything is automated, there's a heightened concern that kids aren't mastering the fundamental principles behind the way things work—from levers to locks to the written language.

Since the first spell checker appeared on personal computers in 1980, the tool has caught uncounted misspellings and common usage errors. But, language experts say we've grown so accustomed to our trusty spell check button, that we are using it less like a helpful reminder of the grammar rules, and more like a crutch.

And that's not good, because in addition to fixing our mistakes, spelling and grammar checkers point out words and sentences that are not incorrect, and fail to correct other, more contextual errors, like the difference between “bore” and “boar”.

The problem is even more dramatic for kids, who are still learning about the written word and often rush through the editing process. Dennis Galletta, PhD, professor of information systems at the Katz Business School, says he thanks his lucky stars that he has the verbal abilities to know that the sentence, “Whose that knocking at my door?” needs editing, even if there are no squiggly lines underneath it. Galletta and a team of doctorate students at the University of Pittsburgh conducted a study showing that people with differing levels of language skills are relying too heavily on spell check—to their detriment.

Galletta asked 33 undergraduates to proofread a one-page business letter—half with the spell check on, and half with it off. The letter included the sentence, “Michael Bales would be the best candidate. Bales has proven himself in similar rolls." The software detected the “s” in “Bales” and suggested conjugating the word as if it were plural, from “has” to “have.” And, just when the spell check overreacts in one area, it totally ignores another: failing to correct "rolls," which should be "roles." The students in the experiment were supposed to catch such mistakes.

Galletta's results were significant, especially when you consider that the experiment was meant to show that spell checkers were more effective for those with high verbal abilities. Instead, their results showed that both groups were worse with the spell checker on.

So, how did we get so reliant on the spell check? Galletta says it's kind of like gambling: “Sometimes you hit the jackpot and most of the times you don't.” A gambler's fallacy is the idea that everyone thinks they're luckier than the average Joe, and Galletta says that's how it works in the mind of the person behind the spell check button. “They trust the computer, and mixed in with laziness, they get a tendency to overlook the final check process where they read their own writing,” he says. “When they know there's no spell checker, they seem to be more careful.” Just like gamblers shouldn't rely on their next big win to pay the rent, neither should our kids rely on the spell check to edit their term paper.

Galletta says the point of all this isn't to disable spell checks, but to make sure kids know how to use that little “ABC” button responsibly. He says parents must explain to their children that the onus is on them to edit their work, with maybe a little bit of help from the trusty spell check.

Roy Peter Clark, PhD, is Vice President of Poynter Institute, a school for journalists, and author of Writing Tools: 50 Essential Strategies for Every Writer. He agrees with Galletta, saying that the root of the problem isn't spell check, it's a lack of three basic behaviors: reading, writing and talking about how language works. “The more of that there is, the more literate the student will become. The less there is, the greater the temptation to rely upon a crutch which will not always be your friend,” he says.

Clark suggests that parents encourage their kids to use low technology solutions on occasion, such as writing by hand in a spiral notebook, “as a way of creating versatility to master many different expressions of your craft.” He also recommends printing out documents off of which to edit before even thinking about pressing “spell check.” Most important, says Clark, is to point out the imperfections of the spell check. If the red and green squiggles make your child's essay look like a Christmas tree, play the “are you smarter than the computer?” game. Ask your child to identity where the computer failed to catch a mistake in his paper, or alerted him to a mistake that didn't exist.

Though the technology has improved significantly since 1980, with spelling and grammar checkers learning how to sort out the context of words, it still isn't as good as the human eye. And it never will be. Now, doesn't that feel good?

January 11, 2008
Next Article: Phonograms
We enable strictly necessary cookies to give you the best possible experience on Education.com.Cookie policy