Log in with different email
For more assistance contact customer service
School and Academics
School Involvement
School Staff Burnout: What You Can Do

School Staff Burnout: What You Can Do 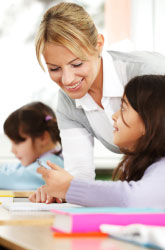 As a Student Management Monitor, Jennifer Lindsey supervises a classroom that's used for detentions, behavioral issues and a variety of other reasons at Molalla River Middle School in Oregon. The job is crucial for Lindsey, her husband Steve and two of their three children because it provides health insurance for the family.

Two years ago, when the health premium was subtracted from her monthly paycheck, Lindsey, now 50, brought home about $100. This school year, after switching to the most affordable health plan offered by the school district, she'll have between $5-7 in take-home pay each month.

That's why she heads to the nearby Oregon City School District at 12:30 p.m. when her day ends to work in that district's elementary school extended day program for another five hours.

Lindsey is one of about 120 education support workers in the Molalla district who are called classified employees. She knows many others who struggle to pay their monthly bills. "It's just really, really discouraging and depressing for everyone," she says. "Last year we thought it was bad, but it has just gotten worse. People start wondering if they are going to lose their jobs and who is going to be cut. The whole atmosphere is just so, so difficult."

It's a situation that's not unique to Oregon.

Bill Raabe, who's in charge of collective bargaining and advocacy for the National Education Association, says one of the main goals of the country's largest teacher's union is to make sure that education support workers earn at least a living wage.

Too many support professionals, like cafeteria workers and classroom aides, and para-professionals like bus drivers, are struggling.

"The important thing is that these folks be able to spend time with their children, help raise their families and not burn out by having to work two or three jobs," Raabe says.

Financial cutbacks, from the elimination of programs and positions to the decrease of salaries and benefits, are hitting public schools from coast to coast, and have been for the past few years.

"I think our job as citizens and leaders is to be sure we are supporting the schools the way they need to be supported," Raabe says. "It's not going to be easy."

Ann Kemp, a librarian and clerk at David Douglas High School in Portland, Oregon, said her district is dealing with a $12 million budget reduction for the upcoming school year. The district has increased class sizes and reduced many 12-month contracts, like the one she had, to 10-month contracts.

As Union President in the district, Kemp says it's unusual to find a support worker who isn't suffering financially. Out of approximately 105 school bus drivers in the district, Kemp estimated that 30-40% work two or three jobs each day. "I try to be positive," she says. "I tell everyone we still have three rough years and if we can get through that, we should be fine. But cuts after cuts leave little left on the bone."

Raabe, Kemp and Lindsey, along with other teachers and education experts throughout the country, say that parents can play a significant role in the future of education support workers. Here are some ways to make a difference:

More than ever, public schools rely on the community in order to flourish. Give support to workers who teach and nurture your kids each day, and everyone reaps the benefits.

Next Article: Fundraise for Your School with Fun and Games
We enable strictly necessary cookies to give you the best possible experience on Education.com.Cookie policy