How to Talk to Your Kid About Sexuality 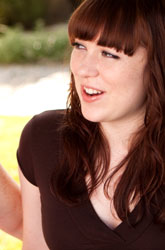 Collect This Article
3.2 based on 256 ratings
by Education.com

Whether your kids have seen TV shows with gay or lesbian characters, met a bisexual student in math class or just heard the word "gay" on the playground, chances are they have questions about sexual orientation – even if they don't tell you about them. Your child might also be questioning her own sexuality, and no matter what the situation, having an open and honest dialogue with your child about sexuality is an important part of good parent-child communication.

In 2009 the U.S. Census Bureau estimated that 581,000 same-sex couples lived in the United States, and about 18 percent of them were raising children. (The Human Rights Campaign says there are no reliable estimates of how many Americans identify as transgender.) And some studies show that on average, kids first figure out that they're gay, lesbian or bisexual between the ages of 8 and 11.

Experts say this means parents should be talking with their children from an early age about what it means to be lesbian, gay, bisexual or transgender. Not only will it prepare them for meeting people who identify this way, but it will set the foundation for your kids to treat everyone with equality and respect.

This doesn't mean you have to launch into a long, awkward talk with your kids about sexual orientation and identity. Dr. Joe Kort, a therapist who teaches gay and lesbian studies at Wayne State University, says it's best to keep these conversations simple – especially if your kids are young. You might just want to say, "Sometimes boys love boys, and sometimes girls love girls," or "Some people are born one gender, but they feel like they're another gender."

Before you educate your children about matters of sexual identity and orientation, it's best to educate yourself, says Carolyn Laub, executive director of the Gay-Straight Alliance Network. She says the nationwide group Parents, Families and Friends of Lesbians and Gays is a great resource.

Kort, who is gay, says he and his partner spend a lot of time with four nieces and nephews who are 14 and younger. While the kids sometimes have questions about Kort's life, he says, being around a gay couple is normal for them.

"They never saw it as something sexual," he says. "They saw it as something romantic." One of Kort's associates, therapist Kelli Weller, advises talking to kids in terms of families and people who love each other, which is easy for children to understand. That's the approach she and her female partner take with their 8-year-old twins.

"What we say is that there's all kinds of families. Some families have two moms, and some families have just a grandma," Weller says. "There isn't any need to get into the mechanics of it all."

She adds that these talks shouldn't be extensive discussions, but instead, should be addressed in everyday conversation – just like you'd talk about people of different races and religions. And Kort says to be truthful, rather than saying two women or men in a romantic relationship are just friends or roommates. Answer your kids' questions honestly and in an age-appropriate way.

"How would you answer those same questions if your child was asking them about a heterosexual couple?" Laub adds.

If your kids are older, she says, keep in mind that late elementary and middle school is when children are most likely to be bullied. This is a particularly trying time for children who are questioning their sexuality or have figured out that they're not heterosexual – which became clear when headlines about gay kids' suicides filled the news in 2010. And Laub says bullying isn't just hurtful to its targets, but also to those who witness it. That's why it's important to talk to your children about bullying and how kids are treated at school. If your child brings up the fact that a classmate is gay, she says, ask your child how other students and teachers treat that classmate. If you hear about a child being bullied, Laub says, contact the school.

It might also help to role-play with your child about what to do if someone teases a classmate about sexual orientation or uses the term "That's so gay" as an insult. "That's mean to say that," Laub says kids might respond. "Do you really mean that's gay, or do you mean that's stupid?"

Besides the importance of raising children who respect others, Laub says, urging an inclusive attitude is key if your own kids end up questioning their sexuality. She knows many teens who, before coming out to their parents, tested them by gauging their reactions to gay characters on TV or religious leaders' remarks on same-sex relationships. If this is the case, Laub says, your kids need to see you as an ally who will love them for the unique, special people they are.

Next Article: Social Graces: What to Expect From Your High Schooler
We enable strictly necessary cookies to give you the best possible experience on Education.com.Cookie policy