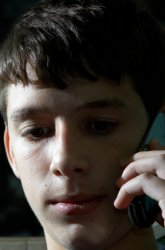 Peer pressure. Whether you're a teen or a parent, you've heard about it a million times. It's a buzzword which flies around schools and homes, frightening people in its wake. Parents struggle to come up with a golden nugget of advice that will help their children fend it off. “Don't give in” some say, “Just say no” cry others. Word to parents: your teens can't avoid peer pressure, but you can teach them decision-making skills to soften the damage.

First, a bit of reality. Part of being a teenager is making decisions of increasing importance. Another part of being a teenager is learning from mistakes. Mistakes, especially those that result from peer pressure, are inevitable, and if your child decides (with full intent or not) to join the bandwagon at some point, don’t be surprised. Still, you can provide an escape, in case they need one.

Here’s an escape: my parents told me that if I’m ever in a bad situation and need a ride, no matter what time of day or night, to call them. They will bring me home, no questions asked until the next day.

A friend of mine was offered the same escape. He was at a party, drinking, and got sick. He was not only intoxicated, but vomiting uncontrollably. Here are the options that go through our heads, even at our weakest moments:

Call our parents and risk the immediate punishment for drinking

Stay at the party and avoid the wrath of Mom and Dad.

You can see why the second choice would be compelling. Still, my friend, whose parents always told him they would give him a ride home without a lecture or punishment, called his mom. Repetition works. And from a young age his parents, just like mine, emphasized he had an option and the ability to make choices at junctions like this one.

I think it's important for parents to pick their battles. Obviously, the life-long decisions like getting a tattoo are important, but having a bad experience with alcohol one night doesn’t mean a future of delinquency. Letting kids know there's a way out when they're faced with the dangers of drinking and driving is one of the most important things a parent can do.

Peer pressure doesn’t go away, even in adulthood. But, you can minimize the effects on your child by taking an up-front stance. Show appreciation for the attributes that make your child different from everyone else. Give her the tools for making good decisions. And distinguish the life-changing decisions from the small. These habits will help keep us from the mistakes that can’t be undone, but allow us to learn lessons from the healthy mistakes which are an essential part of every teen’s life.

Next Article: How Special Time Works With Teens
We enable strictly necessary cookies to give you the best possible experience on Education.com.Cookie policy