Log in with different email
For more assistance contact customer service
Outside the Classroom
Teenage Driving: What's Happening Behind the Wheel? 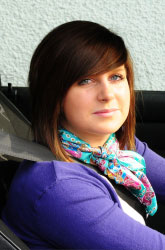 Handing over the car keys to your teen is one of the most anxiety-ridden experiences you'll go through as a parent. And frankly, you should feel nervous. Car accidents are the number one cause of death among teens. Eleven kids die in accidents every day in the U.S., according to the Center for Disease Control.

But, you can't shuttle your adolescent around forever. Sooner or later, he's got to learn to drive. So what can you do to help keep him safe? The first step is to understand the risks. Teens are most likely to have an accident in the first year after getting a license. Distracted driving—most often due to drinking, texting or talking on a cell phone—causes most accidents. Driving with teenaged pals in the car also increases the risk of an accident—and according to a study by Bridgestone America and the U.S. Department of Transportation, girls are more likely to engage in distracting behaviors than boys.

When you first take your child out driving, start in an empty parking lot with no barriers, says Bridgestone America teen driving expert Angela Patterson Sikes. Since teenagers report that their parents often make this intense situation worse, it's okay to acknowledge you're a bit nervous, but keep your nerves under control. Patterson Sikes says, "constructive criticism is okay; yelling and freaking out is not so helpful." Below are a few more tips to help you along the way:

Teaching your teen to drive is a process that should take several months, and even years. Talk with him often about his driving experiences and don't be afraid to take away the keys if you think your teen's too emotional to get behind the wheel, or you suspect he's driving irresponsibly. Your child will probably protest, but your continuous active involvement just may save his life.