Log in with different email
For more assistance contact customer service
Learning and Your Child
Behavior Problems
The Truancy Battle: Getting Kids to School

The Truancy Battle: Getting Kids to School 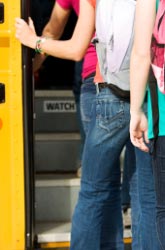 Skipping school. "Playing hookie". Sounds pretty fun, doesn't it? But for hundreds of parents across the country, it's a huge problem to keep kids in class and away from temptation. And truancy laws are what schools and government have come up with to force kids back into school.

By definition, truancy is a legal status that's reached when a student misses a certain number of days, a figure that varies from state to state. That triggers a court process with the goal of getting the student back in school—or at least to a transitional environment so the student can catch up.

But officials like Finessa Ferrell, director of the The National Center for School Engagement, understand that once a student is in truancy court, a semester or a full year of school is lost, and the odds of graduating are drastically reduced.

Now, instead of waiting until a student reaches truancy status, officials are focusing their attention on attendance well before absences have reached the legal definition of truancy. "Schools and courts are still very enmeshed in truancy," Ferrell said. "But what we have found . . . is that attendance is one of the best indicators of dropping out of school. And this is the point, really, isn't it?"

Absence from school puts kids at a higher risk of failure and that can lead to total disengagement by the student. With no attachment to school, the student eventually drops out and all studies indicate "poor life outcomes" for dropouts that include lower wages and higher chances of drug use, crime and incarceration.

The answer, Ferrell and others in the truancy field say, is a combination of focus on attendance and attachment. If kids go to school, and if parents and school officials can get kids engaged and attached to school, then truancy is no longer an issue.

Truancy and attachment are a big issue for principal Mark Wilson and his 1,000 kids at Morgan County High School in Madison, Ga. Wilson said he understands that parents and kids have choices. "They can come to another school. They can just quit. We need to develop an environment that's inviting to the students."

Wilson said he does in a variety of ways, including a staggering array of extracurricular activities to choose from. In addition, each teacher at school has a manageable number of students to oversee, which makes it easier to spot attendance problems in their infancy. "Let's face it," Wilson said, "if they're not in school there's no way we can help them."

Quantifying the truancy problem in the country is virtually impossible, according to experts. Different states and even different districts within states have varying definitions for how many absences it takes to reach the legal definition of truancy. That makes nationwide figures impossible to collect, said Jodi Heilbrunn, senior research and policy analyst with the National Center for School Engagement.

But studies by the group, which works with school officials throughout the country, have produced a very sobering statistic: Look at any freshman high school class in the country. In four years, only 3 out of 4 of the students in the class will graduate on time. "For almost all kids," Heilbrunn said, "dropping out of high school is not an event, it is a process. It is a process for many kids that starts in 9th grade or maybe even before."

Heilbrunn and Kathy Christie, chief of staff with the Education Commission of the States, said much of the battle to keep kids engaged and in school lies with school officials. But there still is much parents can do:

Click here for a run-down on truancy laws in your state, provided by the Education Commission of the States.

Next Article: What Your Teen Really Thinks of You
We enable strictly necessary cookies to give you the best possible experience on Education.com.Cookie policy