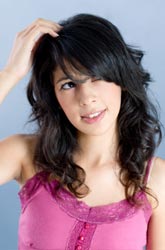 All teens lie, and that is because all people lie. We often do it in the service of sparing the feelings of others, but sometimes we lie for selfish reasons, such as making ourselves look good in the eyes of others. Teens are no different. As with many other adolescent behaviors that can be frustrating to parents, such as arguing, teens do not necessarily lie more—they just get better at it!

Many teens leave out information, rather than explicitly lie, as they become increasingly protective of their privacy and learn what will upset parents and cause conflict. Just as in all other relationships, where we all feel the need to present our best selves, to avoid conflict and protect privacy, the occasional lie can be either ignored or briefly addressed, and there is usually no cause for concern.

However, some teens many engage in lying on a more constant basis, which can damage familial relations. It's important to try to understand and correct the underlying issues that can lead to lying, as lying is often a symptom of a larger problem. Such underlying issues can include jealously, frustration, anger, and concern about letting a parent down. Reasons for lying can also be more practical, such as to gain attention, escape punishment, or impress others.

The teenage years are a time when children push for independence and separation from parents, which may include a drop in both spending time with parents and in sharing thoughts and feelings with them. Teens tend to prefer to spend more time with their friends, and in doing so, may engage in activities that they feel they have to hide from parents, especially if they feel that their parents may see those behaviors as risky or inappropriate.

Due to development in their brains, teens are able to think about abstract issues, such as morality and responsibility, and in musing upon such concepts, they may begin to believe that their parents’ conceptions of these ideas are quite different from their own, which leads to questioning of parental authority. Also due to developments in the brain, teens become much better at anticipating what others will be thinking, and as a result, are better able to come up with a response, or in some cases, a plausible lie.

Some ideas for dealing with teenagers who lie include:

If your teen seems to be engaging in a consistent pattern of lying, especially about situations that might place him in danger, enlist the help of a mental health professional.