Which Addition to Hard Water would Reduce its Conductivity, Washing Soda or Rain Water? 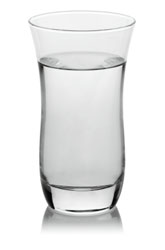 Hard water is not a health hazard, but handling hard water over a prolonged period of time can produce dry skin also, hard water will aggravate or inflame any conditions already present with the skin including psoriasis, or any type of rash or hives. The investigator should wear disposable plastic or rubber gloves when handling the hard water and the washing soda.

The investigator should not ingest the substances used or drink the liquids associated with this activity. The supervising adult should discuss the warnings and safety information with the child or children before commencing the activity.

The materials required for this project are readily available.

Two hours after rain water has been collected.

Hard water refers to the presence of dissolved ions, mainly of calcium Ca2+ and magnesium Mg2+ which are acquired through contact with rocks such as limestone and dolomite which contain calcium and magnesium. The research aspect of this science fair project is to use a conductivity device to determine which actions will reduce the ionic concentration of hard water better, the addition of washing soda or rain water.

This science fair project focuses on the use a conductivity device that will enable the investigator to determine the ionic concentrations of hard water before and after it has been treated chemically and by a physical process. The investigator will first measure the conductivity of a test sample of hard water, than this sample will be equally divided and placed in two containers. Washing soda will be added to one cup and the other will be allowed to collect rain water. After a pre-set time the conductivity of the samples will be measured and recorded in a data table, from which a graph displaying the result will be plotted.

A conductivity device, a package of clear plastic cups, plastic spoons, dish washing detergent, distilled water, hard water either from the kitchen faucet or a nearby stream flowing through an area with high limestone rock deposits.

Hard water refers to the presence of dissolved ions, mainly of calcium Ca2+ and magnesium Mg2+ which are acquired through contact with rocks such as limestone and dolomite which contain calcium and magnesium. Because of these and other metallic ions that are present in hard water it can conduct and electric current.

Solutions that contain this capability of conducting electricity are called electrolytes. Because the electrical current is transported by the ions in solution, the conductivity increases as the concentration of ions increases or decreases when the ionic concentration decreases. While hard water is not a health concern, excessive amounts of water hardness can cause lime or scale build-up in pipes and reduce the effectiveness of soaps and laundry detergents.

Washing soda (sodium carbonate) is used in homes for the purpose of softening hard water. When soaps or detergents are added to hard water, no lather is formed, which in turn affects the cleaning ability of the soap. This is because the calcium and magnesium ions present in hard water react with soaps and detergents and changes their properties and prevents formation of lather. When washing soda is added the calcium and magnesium ions in hard water react with the carbonate ions from the sodium carbonate and a precipitate of calcium carbonate results. This can be seen in the equation.

As can be seen in the chemical reaction equation ions are still present after the addition of washing soda therefore an electric current can still flow through the now “soft” water which will be detected when the conductivity is measured.

Electrical conductivity can be measured using a conductivity measuring device consisting of two metal electrodes usually spaced 1 cm apart (thus the unit of measurement is microSeimens or milliSeimens per centimeter). A constant voltage is applied across the electrodes resulting in an electrical current flowing through the solution to be tested. Since the current flowing through the water is proportional to the concentration of dissolved ions in the water, the electrical conductivity can be measured. The higher the dissolved ion concentration, the more conductive the sample and hence the higher the conductivity reading.

Digital photos can be taken during the experimenting process and the following websites offer down loadable images that can be used on the display board: 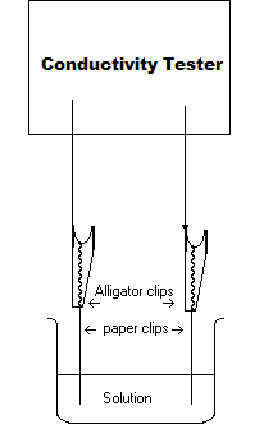 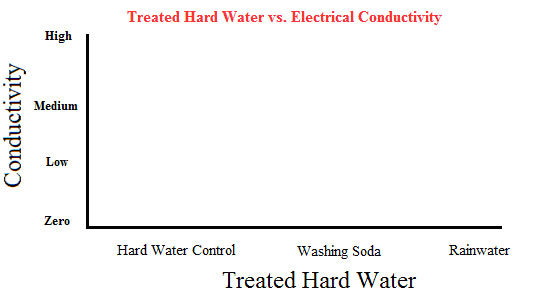 This book addresses the question can calcium and magnesium (“hardness”) in drinking water contributes to preventing disease. There is chapter that discusses how climate change will increase the use of high tech treatments for hard water. This book can be consulted the young investigator and his or her parents (teachers) for general information about calcium and magnesium the main constituents of hard water.

Note: The Internet is dynamic; websites cited are subject to change without warning or notice!