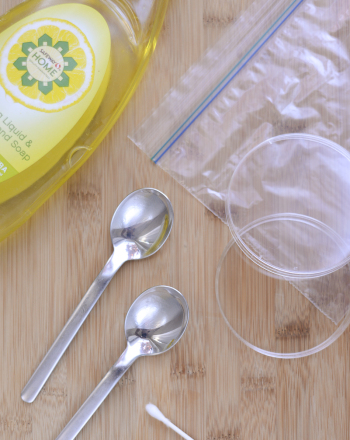 This project is in the Life Science category.

This project is appropriate for 5th and 6th graders.

This projects difficulty level was medium.

The cost of this project was approximately $20.

In this experiment I had to make sure the water wasn’t too hot so it would not burn me. A safety issue in this project was growing microorganisms. To minimize this risk I did not come in contact with the microorganisms.

It took me approximately for me four days to finish this science experiment. I counted the colonies 48, 72, and 96 hours.

The materials used in this project was 15 Petri dishes, one 125 milliliter bottle nutrient agar, 15 sterile swabs, a microwave, bleach, masking tape, a sharpie, 15 quart size Zip- Lock bags, a refrigerator, distilled water, stopwatch, ruler, 9 spoons, dawn soap, a sink, a drying rack, and a thermometer. I purchased these items at an online science store and a grocery store. Overall, these items were easy to find and purchase.

People wash their dishes every day. Most people use hot water. Does hot water kill the most microorganisms? Also, if cold water kills just as much or more microorganisms, then if we used cold water we could improve the environment and our heating bills wouldn’t be as high.

Microbiologists have been able to learn how to control the growing of microorganisms so they can conduct experiments and learn even more by observing the microorganisms. One common way they observe microorganisms is by growing cultures. Cultures are the microbes that grow and reproduce on the Petri dish. This is a circular dish named their inventor, Julius Petri.

For general experiments when the goal involves all species of microorganisms, a general agar, such as nutrient agar or Luria Bertani Agar should be used. Agar such as Tryptic Soy Agar, XLD Agar, or MacConkey Agar will only grow selective types of microorganisms.

Once the selected area is swabbed, scientists gently glide the swab on the Petri plate in a pattern. This pattern is called an inoculation line. After the microorganisms have started to reproduce, the scientists can see if there were colonies, groups of the same species of microorganisms that grow together, off the inculcation line. If there were, the Petri dish became contaminated. 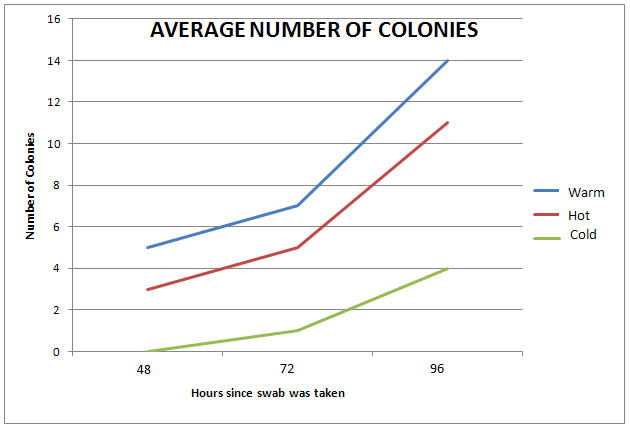 Another study could be testing different materials of silverware like metal or plastic. From this experiment you would be able to conclude what material is best for you to eat off because it would clean the best manually. It would also encourage people to buy whichever one stays the cleanest.

A future study could be using one temperature of water but using different methods of cleaning dishes manually. This would help find out if there is a way that would kill more microorganisms just by simply changing the method used to wash dishes.