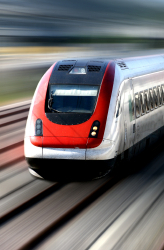 To determine whether we can change from potential energy to kinetic energy and from kinetic to potential?

Data Chart: Reproduce This Chart for Recording Your Observations

Do not forget those safety goggles!