Now You See It, Now You Don't: How Age and Sex Affect Our Ability to Perceive Optical Illusions 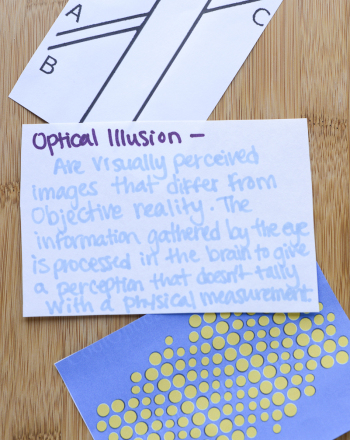 Students will investigate whether gender and/or age affects our ability to see through an optical illusion.

Optical Illusions are basically images concealed by other images. Your eyes and your brain work together to play these "tricks" on you in the form of colors, size, multiple images, object placement, etc. For example, perhaps you have seen "vibrating" text that seems to wiggle in their place with no tangible explanation. That is an optical illusion. There are four sub-categorized forms of cognitive illusions: ambiguous, distorting, paradox, and fictional. In this experiment, we'll try to discover if females or males tend to do better on optical illusion tests and whether certain age groups also do better. Remember, not everyone can see everything in an optical illusion, that is what makes them so interesting to look at.