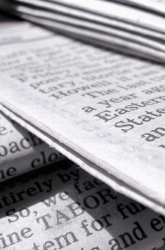 Determine whether people are more likely to be swayed by a positive ad or by a negative ad.

The purpose of this experiment is to learn whether positive or negative ads have a more powerful effect on human behavior by putting on a fake campaign.

Political campaigns are carefully designed to try to convince the most number of voters to vote for a certain candidate. While the campaign’s primary goal is to get more votes for that campaign’s candidate, the secondary goal of any successful campaign is to try to persuade people not to vote for the opposing candidate. In heated campaigns, this persuasion can turn ugly, transforming into smear campaigns that attempt to make the opposition look as terrible as possible. Sometimes, campaigns get so caught up in the negative that very few ads highlighting the positive aspects of one candidate are given. Understanding how people respond to different types of ads helps campaign planners make decisions about what type of ads to run and at what percentage.