An Alternative to Road Salt 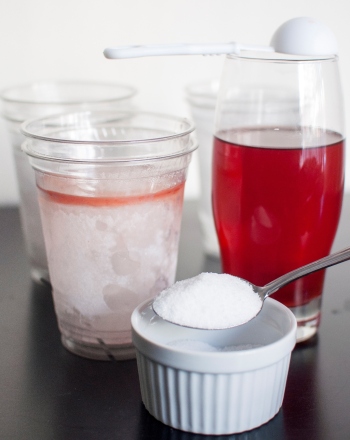 This project compares the effectiveness of a solution of beet juice and rock salt with pure rock salt in melting ice.

The goal of this project is to have the student evaluate an alternative method for melting roadway ice by conducting a formal scientific investigation.

In colder parts of the country, rock salt (whose main ingredient is sodium chloride) is often placed on roads in winter to melt accumulated ice. The salt works by lowering the freezing point of water, causing the ice to melt, but the chloride ions formed when the salt reacts with water corrode the road surface. Some highway departments in the US and Canada have reportedly begun applying a mixture of rock salt brine and beat juice (de-sugared beet molasses) to ice-covered road surfaces instead. The mixture reportedly lowers the freezing temperature of water, and reduces corrosiveness.