Log in with different email
For more assistance contact customer service
Entire library
Science projects
Science
Craters! Can We Simulate How Craters Are Formed and Predict Their Size and Shape?

Craters! Can We Simulate How Craters Are Formed and Predict Their Size and Shape? 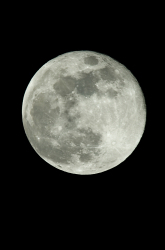 To discover whether we can simulate how craters are formed and thereby predict their size and shape?

Download Project
Subject
Science
Thank you for your input.

On the information level, this experiment serves to acquaint students with current information on the formation of craters.  Craters, especially the very large ones have always intrigued us and the study of the formation of these craters has fascinated our students.  Students learn of the formation of craters by the impact of meteors sending tremendous shock waves through the area.  This is the gateway to studying the earth`s formation and structure as well as exploring geological disturbances such as volcanoes, cinder cones, lava domes and earthquakes. This also serves to interest students in astronomy as they investigate our data on craters on the moon and other planets.

This science fair experiment also serves to acquaint students with the essential processes of sciencing such as the importance of the use of a control, of identifying dependent and independent variables, of data collection, of pictorial and or graphic presentation of data and of being able to make better judgments as to the validity and reliability of their findings.  They take on the role of scientists and in the process they learn to act as one.

Charting and or Graphing Data

In each section of the experiment, use charts to display the obtained data such the following sample: