Testing Soil from an Abandoned Field for Future Secondary Succession 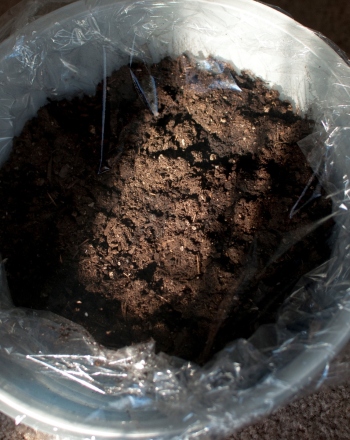 Natural damp soil from an abandoned area will be placed in a large bowel and sealed with plastic wrap, and then placed in a sunny window. For a week or two observations will be made of the soil looking for new plant growth. If new plants are seen growing in the soil they will be recorded and analyzed. From the results of the observations and analysis a data table will be produced and a graph plotted. The practical application of data gained from this study will be the ability to predict if the abandoned field will undergo secondary succession.

*A eutrophic pond will eventually fill with sediment. First aquatic plants will grow. When the pond is completely filled, the area will undergo secondary succession.

With the exception of the soil all of the items for this project are available locally at most major retail (Wal-Mart, Target, Dollar general, etc) discount department stores also, a Tri-fold cardboard display board can be purchased from an art & crafts supply store.

A test soil sample can be gathered from an abandoned field, cleared construction area, bank of a eutrophic pond*, cleared or vacant farmland, or a vacant city lot.

This book is about ecological succession and offers a comprehensive discussion on primary and secondary succession. The young investigator and his or her parents (teachers) can use this book as a general reference resource.