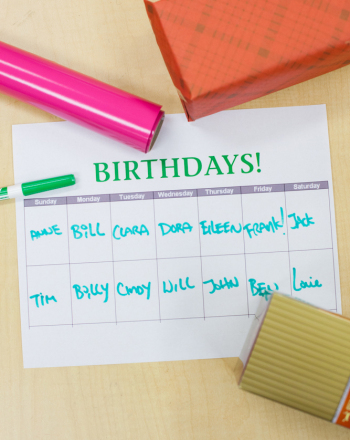 This experiment explores the mathematics behind the birthday paradox and determines whether it holds up in the real world.