To Sear to Not to Sear 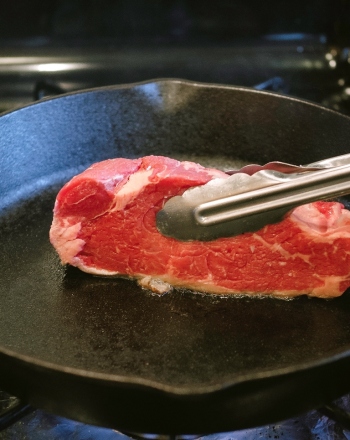 Students will discover the effect of heat on animal cells.

Many cooks and chefs, even some of the most renowned in the world, have mentioned that searing meats will help it keep its moisture throughout the cooking process. So the animal cells in these meats will supposedly keep more of its flavorful and natural juices if you sear it over a skillet prior to oven-baking. Yet it is also a fact that when animal cells are exposed to high heat, the protein in the cells will denature and become useless; thus disabling all functional activities within the cell and dehydrating. But which is true since they contradict each other?

Equipment (found in most supermarkets/grocery stores and kitchen gadgetry stores)