Democracy For the Kids, By the Kids 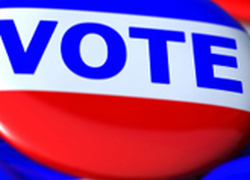 If your tween wants to fight for her rights, don't get in her way - she's exercising the democratic principle of free speech, and that's a good thing! Okay, well maybe not quite so loud.

To channel your child's revolutionary ambitions, introduce her to the political process, and encourage her to campaign for her cause! This fun-filled activity will not only polish her political chops, it'll keep her busy long enough to forget about the "Unlimited T.V.!" campaign she was planning.

Preparation: Have your child and a sibling or friend come up with something that they often have a hard time choosing, preferably something that they disagree on. For example, perhaps they can’t come to an agreement on which movie to watch or game to play.