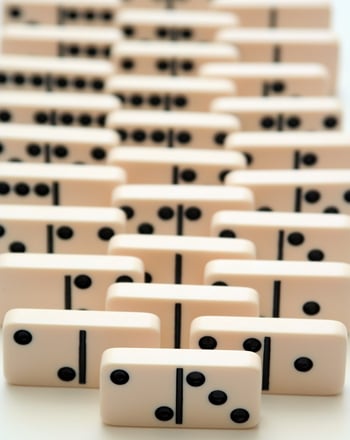 The time for mastering math facts is now! Review math drills and have some fun at the same time. Dominoes is a classic game that can also be useful for practicing basic math facts. You can use these playing pieces to help your child review addition, subtraction, multiplication and division facts in a fun, interactive way. Domino Deal will motivate your child to practice math facts and prepare her for the more challenging math that lies ahead!

You can even practice subtraction facts by playing yet another version of the game. Instead of adding the two numbers on the dominoes, subtract the smaller number from the larger number. Then multiply both differences and compare the answers for a winner. Before you know it, you and your child will have completed a full review of several years of math facts—all while playing an engaging game!