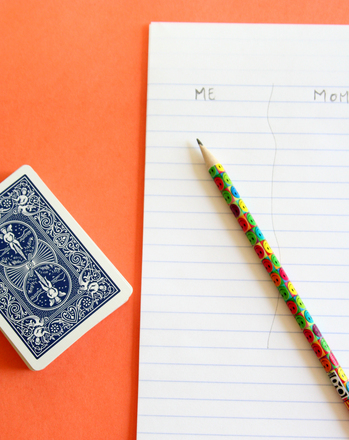 Who doesn’t love a good, old-fashioned game of solitaire—especially when you don’t have to play alone? Engage your third grader in this version of the classic game and she will get lots of practice using mental math to solve addition and subtraction problems. An added bonus is that she will increase her speed when identifying basic math facts and her self-confidence will soar! So, put away that drill sheet of addition and subtraction facts and have a little fun playing Solitaire for Two with your third-grader. The results—and the final score—may shock you!

In the event of a tie for the grand total of columns (i.e. both players win 2 columns), players add their remaining face down cards (cards in their decks and those at the top of the columns). The highest total wins!

Related Guided Lesson
Based on your interest in Math Solitaire for Two.