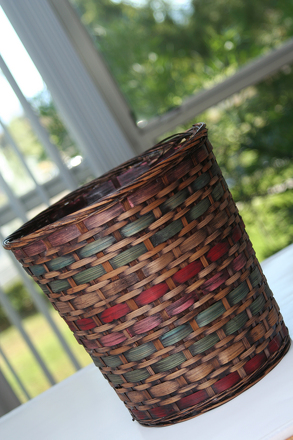 If your child is in the decimal doldrums, or suffering from acute fear of fractions, take heart. They're probably just struggling to understand how numbers on a page can relate to the "real world" outside the classroom. In fact, kids can greatly further their understanding of ratios by applying them to events in their everyday lives. This game of wastepaper basketball not only gives kids and their parents a chance to play together, but it's also an enjoyable way to demonstrate how recorded results can be expressed in whole numbers, fractions, and decimals. So get your mental sneakers on and start shooting!

Setting up a game like this gives your child the opportunity to work with ratios. It's a fun way to show how the results of a game can be expressed using whole numbers, decimals, and fractions. To expand on this exercise, try looking over the sports section of the newspaper and identifying player statistics expressed as decimals. What do they mean? Is that a good statistic, or is the player doing poorly? Sports statistics are a great way to practice math, so keep track of your own, and keep on the lookout for other ways to make fraction math a slam dunk!