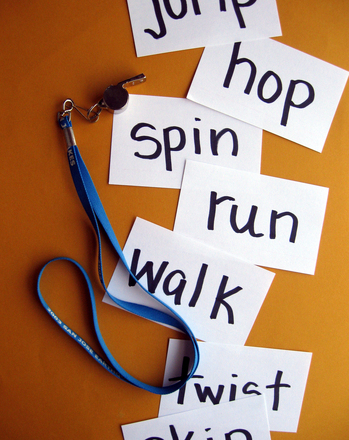 In first grade kids start to learn the difference between verbs (“action words”) and nouns (objects, people, places). Help them take in this information with their whole bodies by playing a few boisterous rounds of this party or playground game.

Why it Works: First graders need endless practice with reading skills in all forms, but often these come on pencil and paper, or inside classrooms. Many kids benefit when they can get their full bodies in on the task. In teacher talk, it’s called “kinesthetic” learning; in kid-world, it’s usually called just plain fun.