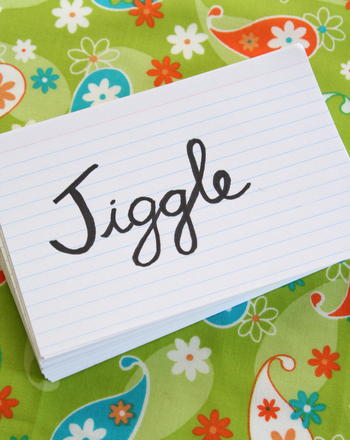 In kindergarten, kids commonly learn to tell the difference between nouns and verbs. While they may learn quickly to tell you the “definition” of each—by saying something along the lines of “a verb is an action word,” a full understanding usually takes more time. Here's a fun skill-boosting game to try at home, or even at a party.

For their first few times, make sure that your first grader can read each word, or that there's an adult helper on deck to provide quick, discreet help. As kids get more advanced in this game, you can also build in multi-syllable words and word clues; or try using nouns as well as verbs. Whatever you choose, though, don't forget to compliment kids on what they're learning, and let them know that this is a writing toolkit they can keep building for years to come.