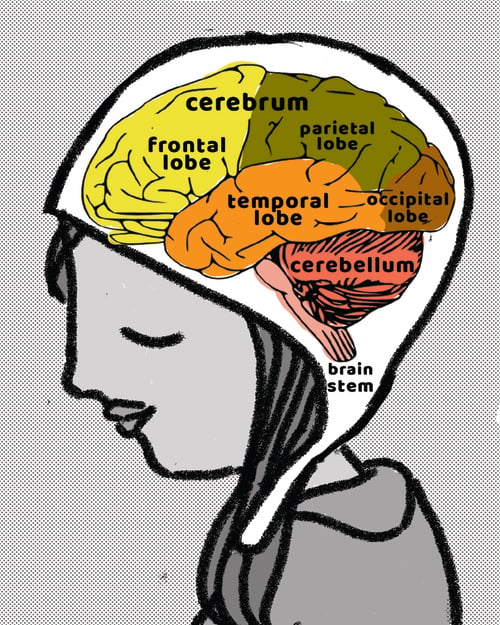 “I could while away the hours,

And my head I’d be scratchin’

While my thoughts were busy hatchin',

If I only had a brain”

Sung by the Scarecrow in The Wizard of Oz

Want to make your child’s study of the nervous system a little more fun? By creating this brain cap, your child will have a memorable way to learn external human brain anatomy. You can make this model as simple or as complex as you want. Let your child’s interest and enthusiasm be your guide.

If your child wants to learn more, ask them to color and labels the interior parts of the brain on the other side of the swim cap.

For example, you could have them add some regions of the cerebrum:

Frontal lobe: involved in planning of movements, memory and self-control