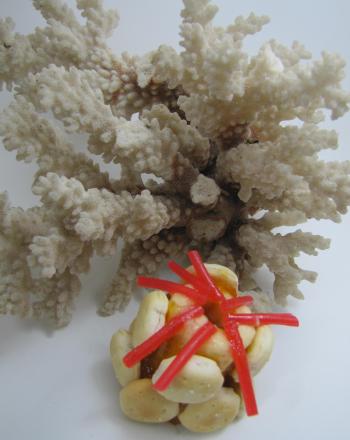 Elaborate coral formations often provide a background for undersea art scenes, but many kids don’t know that most corals are groups of thousands of tiny animals living together. In this project, your child will build a model of just one of the animals that composes a coral reef, called a coral polyp.

One important component of a coral polyp that is not shown in this model is the plant cells that live in its body. The plant cells are protected by the coral, and the coral gets additional food made by plants. Because the plant cells need lots of light to photosynthesize, corals only grow in bright, clear water. You and your child might also like to research where coral reefs grow in the world, and how they can be protected.

Go deeper and check out the differences between plant and animal cells.