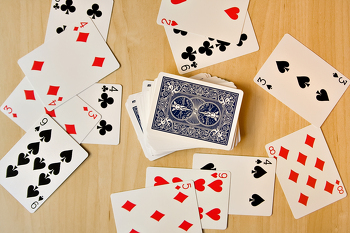 Try to use as many numbers as possible in your quest to victory! Draw from a deck of cards to determine your number, then mark all of the different numbers that can be used to create sums equal to the number you picked. Your child will need to engage his problem solving skills in order to participate in this addition game. Before you know it, he'll be ready to tackle subtraction!

​Once your kid has mastered addition, have him try out some subtraction. Play this game again, but instead of finding numbers for sums, he should mark the numbers that can be used to create differences.

Related Guided Lesson
Based on your interest in Sum It Up.