Create Your Own Roly Costume 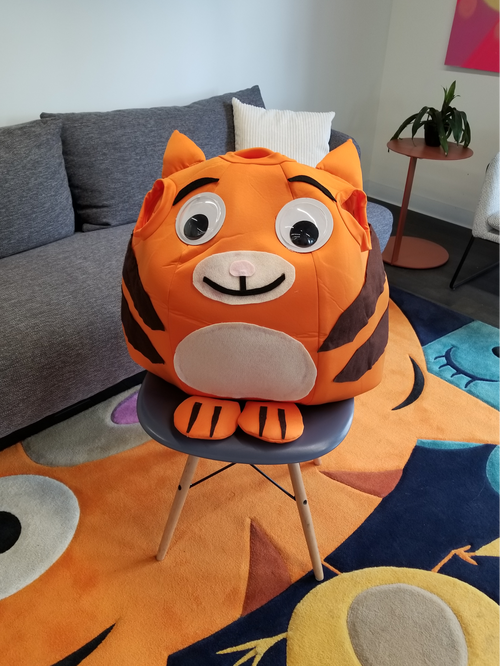 Does your child love Roly, the orange cat from our Brainzy games? This Create Your Own Roly Costume activity includes step-by-step instructions on how to make Education.com's favorite feline from the ears to the tail. All you need is different color felt, wire, elastic, stuffing, and you are ready for this simple DIY project. Get ready to create the perfect Halloween costume and bring your child’s dreams to life! Trick-or-treating will be their time to show off this unique home-made costume!

Follow these steps to create each part of Roly’s body. Then, assemble the parts to create the finished costume.

Tip: Put the base orange costume over a chair and stuff it with pillows or towels to keep it round while you decide where to put all the parts and when you glue. Pin the parts before sewing or hot gluing.

In this YouTube video , watch the Roly costume come to life with love from the Education.com staff.