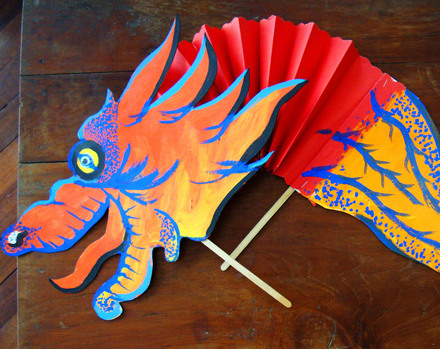 Everyday can be Chinese New Year with a dancing dragon that your child can make at home. This dragon includes folding techniques and assembling pieces to help allow for motion in the completed work of art.

Fun Facts: One popular myth behind the Chinese New Year celebration is how a beast called Nien, which was similar to a dragon, would come and steal from the Chinese people each year on New Year’s Day. One day a child wearing a red outfit scared the beast away. This is why the color red is often associated with good luck in China!