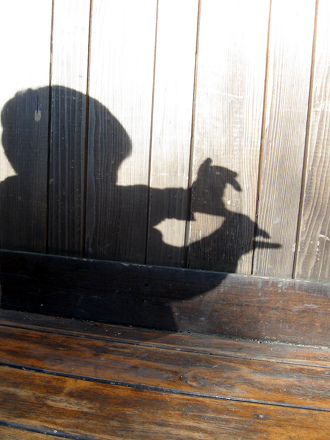 Does your child enjoy the spotlight? Have her round up the family or a group of her friends and orchestrate a game of freeze theater! This entertaining activity provides great practice for kids who aspire to be theater actors, clowns, or stand-up comedians. This improvisational, confidence-boosting game will challenge your child's ability to enter scenes smoothly and create continuing action.

If you have a larger group, create a finale by having actors join the scene one by one until everyone is participating. Direct the final scene to culminate with a frenzy of action, such as a disco dance contest, an Olympic race, or clowns piling into a clown car.