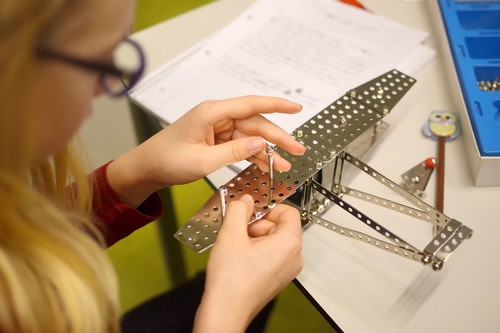 You’re never too young to become an inventor. Did you know that Frank Epperson was 11 years old when he invented the popsicle, and Louis Braille was just 15 when he developed the Braille system of reading and writing for the blind?

In honor of Black History Month, this activity encourages your child to focus on African American inventors such as: George Washington Carver who invented peanut butter, among other agricultural achievements; Lewis Latimer who invented carbon filament, an essential part of the light bulb; Madam C.J. Walker who invented a hair growing solution and became the first female African American millionaire; and more recently, in 1989, Lonnie G. Johnson who created the Super Soaker water gun which generated over $2 million in retail sales and became the number one toy in America.

Your child will figure out a way to improve upon a Black American invention and then devise a way to build a three-dimensional model of it. For older children, this makes a great science and history project rolled into one.