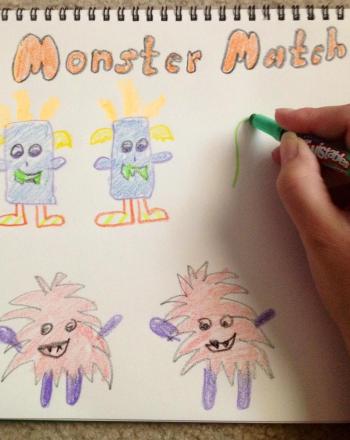 Just because October is done, doesn't mean all the ghosts and ghouls just disappear for the rest of the year. Remind your child of all the things that go bump, bump in the night with a fun post-Halloween activity.

Help your child get even more creative by writing or telling a short story about one of the monsters he created! Is his monster an evil, scary villian or a lovable, goofy beast?