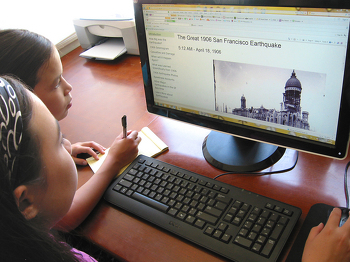 Though we've found faster, more efficient ways of consuming information, teens may not know that people used to read the newspaper several times a day in order to stay up-to-date on the news. Reading, watching, or listening to the news is how our society learns about what is going on now, and how we eventually remember, learn, and teach our history. Show your teen the connection between making history and writing it by editing a newspaper from the past! This activity is written for groups, so your child can be part of an “editorial staff” rather than do all the work himself!

This activity isn't just an exercise in history, it also teaches kids about real issues that come up in newspaper and magazine publishing: how differences of opinions, cultures and ideas among a staff can influence the overall tone of a publication, and influence the information that we eventually understand as history.