Plan Stories with The Five-Finger Technique 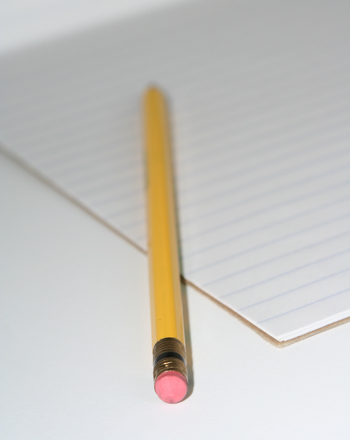 Got the pre-writing blues? Try this simple five-finger technique to help your second grader develop a sequenced plan for his early compositions.

Explain to your child that before he writes, he needs a plan. Help him begin to brainstorm by asking: What’s going to happen in the story? In what order will the events occur? How will the story end?

Model the “Give Me Five” method for your child by re-telling a familiar tale, such as Little Red Riding Hood. Start with a closed hand, and open one finger at a time as you re-tell each story event in sequence:

With Little Red Riding Hood fresh in his mind, have your child think about his story, and have him share his story outline aloud using the same five-finger technique. Encourage him to use words like “first,” "next," “then,” and “finally” to create a clear sequence of events. Be sure that your child is pacing out the story in five broad, rather than detailed, steps. When your child gets to his fourth finger, for example, he should have reached the high point of the story, and should be very close to the ending.

You may wish to have your child repeat his story plan on his fingers, just to be sure he is ready to write. But once his hand is open and his story plan complete, give him one final dose of encouragement...a high five.