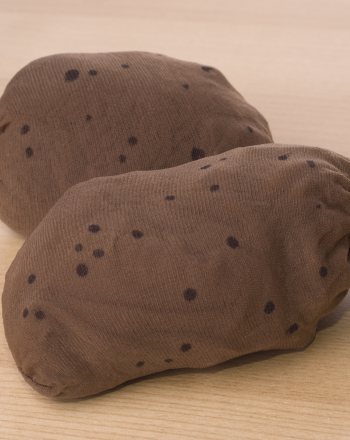 There are lots of uses for a pretend potato. You can use it in games like Hot Potato or Potato Racing, or you can "cook" with it in dramatic play. In this activity, you'll find out an easy way to make your own pretend potato — out of an old pair of stockings! In the process, kids learn about the difference between reality and pretend, and how to tell the difference between the two.

When you're all done comparing, start your playing! You can use it in games like Hot Potato or Rolling the Potato, or you can challenge your child to come up with a new potato game!