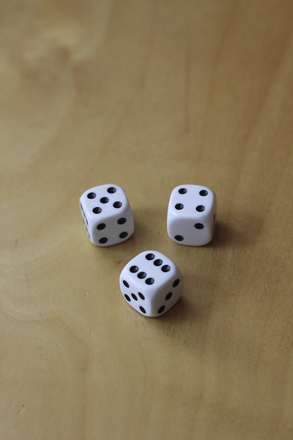 Analyze this simple betting game with your math student. Discuss probability - the measure of how likely it is an event will occur - as you work to figure out whether the odds of successfully rolling the 3 numbres during the three rounds of play are in the player's favor. All you need is a set of three dice, and you can get rolling! Play several times and look for patterns in the game. Is the player likely to win? Take a close-up look at each round of the game.

If you're interested in the logic behind the odds, or probability, of rolling the right numbers, read on.