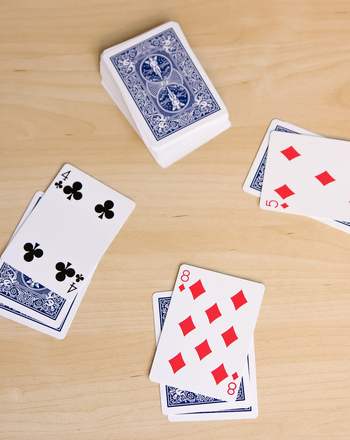 How quickly do you notice prime numbers? Practice in this fun card game! As you try to you’ll develop speed and understanding. This game works best with more than 2 players, and it gets more exciting the more players you have! Study the first few prime numbers as you prepare to play. Remember the value of an Ace is 1.

Prime Number: a number with no factors except itself and 1 (The prime numbers you'll see during the game are 2, 3, 5, and 7. The number 1 is not a prime number and is instead classified as a unit.)